It was Marcus Aurelius that once said ‘we live but for a moment’, a moment within which the career of a professional athlete is fleeting at best. Given the brevity of time afforded to those who have that rare combination of natural talent and the required dedication to carve out a career at the top of their chosen sport, it takes a brave person to voluntarily step away at the peak of their prowess with no guarantee of a return to the pinnacle. Especially when the decision is based around the desire to start a family.

That was the situation Lizzie Deignan, who has been an ambassador for Santini for three years, was faced with back in 2018, at a time when the women’s peloton seemingly favoured results over supporting riders with maternal desires, a point highlighted by the fact contracts made no mention of maternity leave - something that has thankfully changed due to Deignan’s lead. And yet, as the former world champion herself points out, it wasn’t a difficult decision to make.

“Until that point all of my decisions had been very career focused, very driven,” she says. “Ever since I become a professional cyclist every decision was based on what race I was aiming to win and how was I going to win it. Around that there were a lot of sacrifices in terms of my personal life and my personal relationships, and I knew it wasn’t sustainable anymore."

“I had to prioritise what was going to make me happy in life, and that was the thought of becoming a Mum. It was the first really emotional decision I had made in a very long time, but I think when you’re happily married you get to a certain stage where becoming a Mum feels like a natural progression from life outside of cycling.”

It’s that notion of ‘life outside of cycling’ that is so important, given that it’s all too easy for professional athletes to exist in their own bubbles, to tie their identify to their profession and forget that there’s a bigger picture to consider. It’s for this reason so many top athletes struggle with retirement, something that has been recognised in research, with one study stating ‘the transition is often found to be difficult because of the sudden cessation of intense demands of elite athletic performance, compounded by the sudden loss of the athlete’s intense devotion to professional athletic competition and its attendant rewards.’ 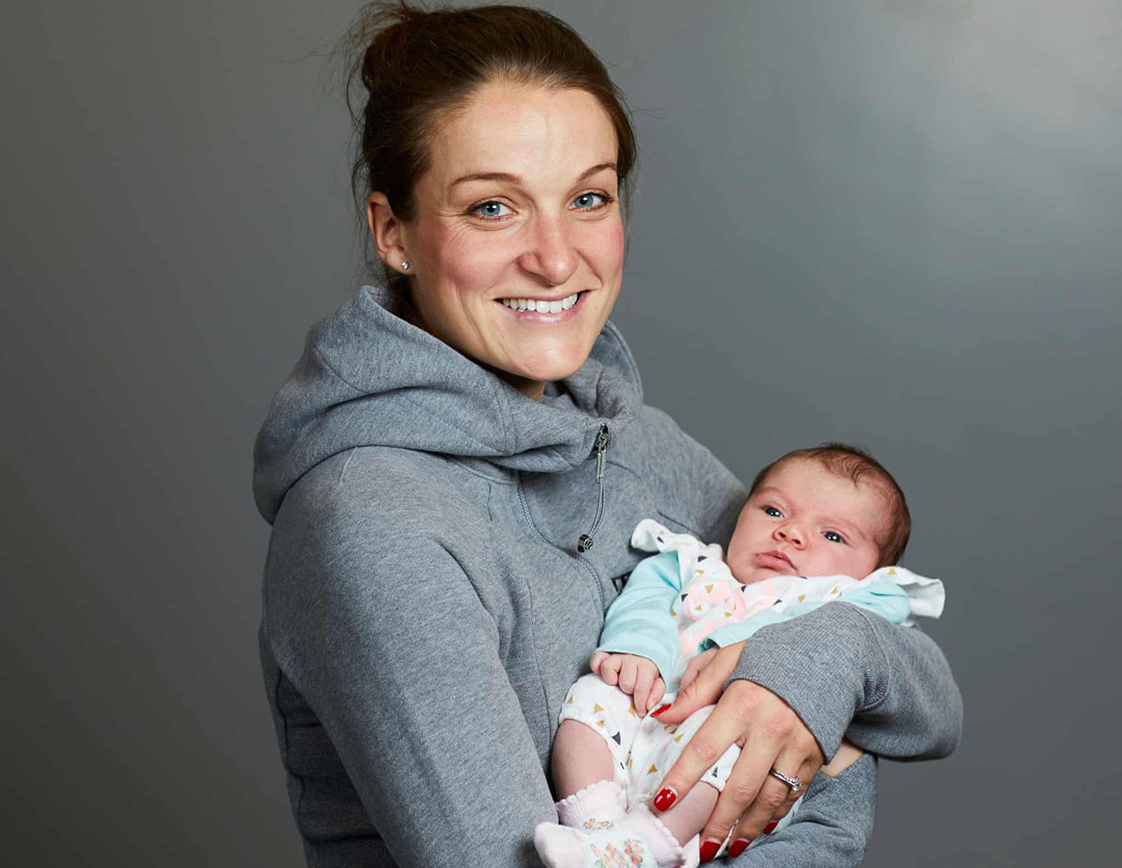 It’s not that Deignan is considering calling time on a stellar career just yet, but, with the benefit of reflection, she is wise enough to know that taking time away from those intense demands in the middle of her career has afforded her the ability to see a bigger picture, to develop an identity away from the bike and ensure that when she does call it a day there’s going to be plenty to keep her busy.

“Since becoming a Mum I am much more laid back than I used to be when it comes to cycling,” she admits. “It’s given me a different perspective and reminded me to enjoy it as it will be over before I know it. Having Orla made me realise just how fast time goes, so I am focusing on living in the moment as much as possible, not worrying about having bad legs in training or getting too negative if things don’t go as planned. That’s not to say I’m not as motivated as I was before, only that I can place disappointment quicker and compartmentalise it so that when I get home I can give a hundred percent focus to Phil (her husband) and Orla.”

If reaching the top of your sport isn’t hard enough in the first place, returning to the pinnacle having spent a year out to become a Mum requires a new level of dedication and focus. Yet, as Deignan explains, the challenge of reaching the same level as before is different to what many people might imagine.

“People sometimes assume the challenge is the physical one of having a child and coming back to fitness, but actually the challenge is being a parent and taking care of your child alongside your career,” she says. “I think before you become a Mum you’re maybe a bit naive to that, you think it’s just going to be this physical battle, wondering if you’re ever going to get your fitness back, when in truth there’s a whole different world to contend with. 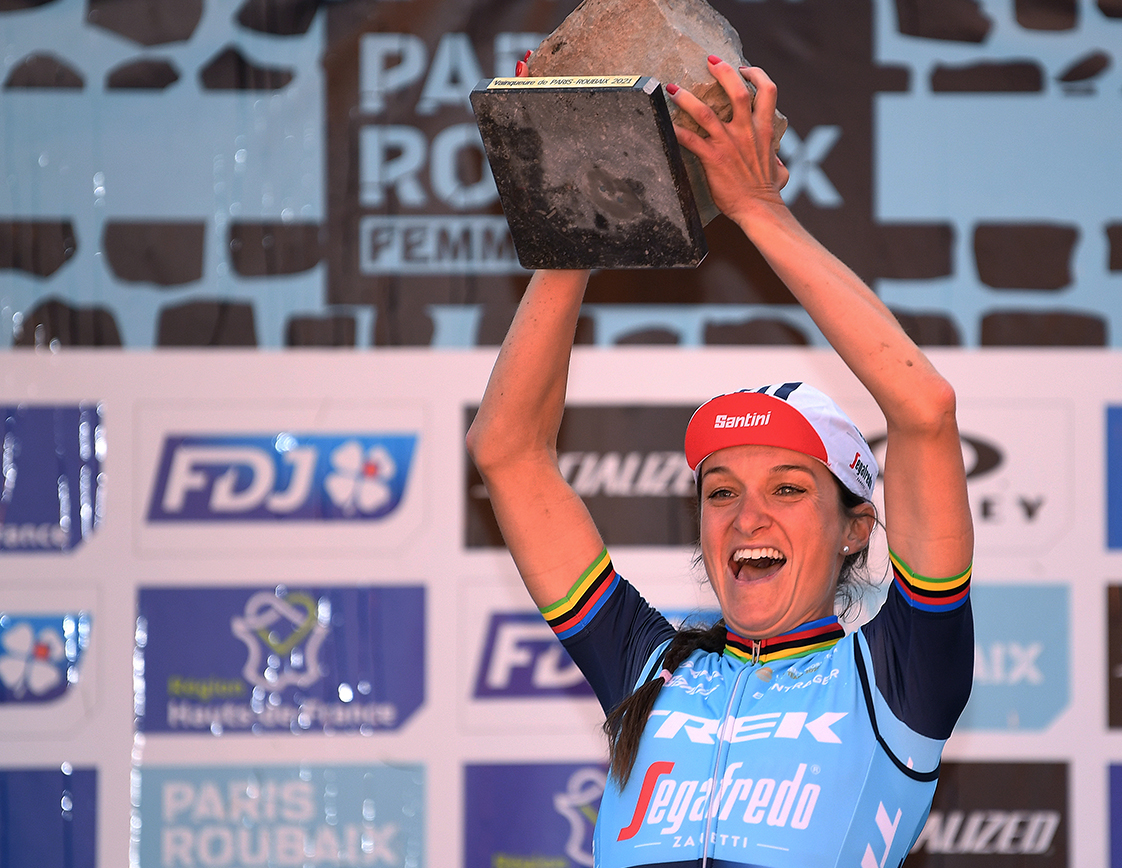 “I wouldn’t have been able to have achieved what I have without Phil’s support. The fact that he was a professional athlete has helped a lot because he understands that sometimes I might need an extra half an hour of recovery before I’m back into being a Mum. The same applies in a normal relationship with work as well, you have to lean on each other a little bit more at certain times, but that’s what being a team is all about.”

It’s that team approach that has enabled Deignan, who has previously taken a step outside of being a professional athlete collaborating with Santini in the creation of a line of clothing totally dedicated to women, of any level, from the long distance runner to the beginner, to return so triumphantly to the women’s peloton. In doing so she won the first ever edition of Paris-Roubaix in 2021, riding for her Trek-Segafredo team, to complete an unprecedented triple crown of all the women’s Monuments. However, for all of the history that came with that famous victory, she is not resting on her laurels, not when this year marks the return of the Tour de France Femmes for the first time in over thirty years.

Aside from being another chance to etch her name in cycling’s rich and varied history books the return of the sport’s most iconic race to the women’s peloton represents an opportunity to show the world that it’s possible to balance the demands of professional sport with the even greater demands of being a loving and caring parent. Because it’s as a parent that what she does on the bike takes on a far greater significance, it’s no longer just about results, but knowing that she is a role model for both her own daughter and thousands of other young girls in the world.

“Sometimes I question myself when I’m reaching for goals, wondering if I’m expecting too much from other people,” Deignan admits. “In those moments I think what would I want Orla to do in the future, and then I try and force myself to be as confident and brave as the little girl I’m trying to raise. If I can leave a legacy that it’s possible to have a happy family and be a professional athlete I’d be delighted if someone saw me as a role model in that way.” 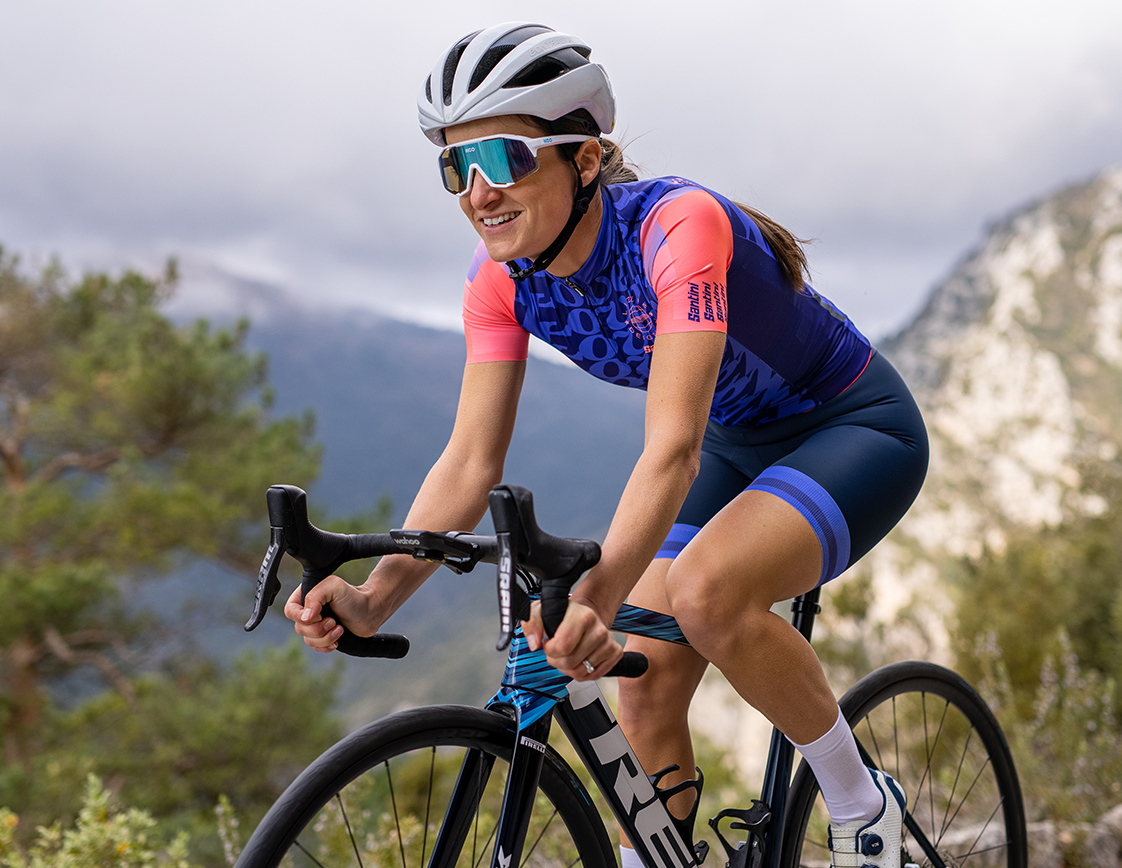 Marcus Leach
Marcus Leach is a freelance writer with a passion for adventure, cycling and continually pushing the boundaries of what is thought to be possible in life. He lives in Wales with his wife and two small children, but can often be found riding his bike in remote corners of the world, sharing the stories of his adventures with audiences around the globe. From the jungles of Laos, the high Andes of Peru and tropical forests of Taiwan through to Morocco’s Atlas Mountains, Oman’s wind-swept deserts and Corsica’s rugged coast his love of riding knows no boundaries.