JAMES GOLDING: THE ENDURANCE TO OVERCOME

James Golding: In the early nineties, just as the boom started, I went to this new bike shop in town one day, the first proper bike shop with high-end mountain bikes. And that was it. I was hooked from there. My first bike was a Kona Fire Mountain. I did everything I could to raise enough money to buy this bike; washing cars, mowing lawns, anything you can conceivably imagine to be able to afford this bike at eleven-years-old. I was a cross-country rider to start with. Then I went over to downhill and raced on a national level at seventeen. When I was eighteen, I smashed my shoulder up and couldn't ride in the same way anymore. I then got told I needed to get a proper job. The idea of getting a job probably scared me a bit at the time, but I had to do it, so I went into the property industry, and suddenly time was limited. Because I wasn't able to ride the way I wanted to, the way I'd become accustomed to riding, it was easier just to get rid of everything. So I left the scene. I sold all my bikes. I had nothing more to with riding in any way at that point.

JG: I was Twenty-eight. I went from fourteen stone in weight (196 lbs), to six stone (84 lbs). And there wasn't some grand master plan that I was going to recover then go on to achieve this or that. My objective was just to get better. That meant that I just wanted to be able to walk, to get from the hospital bed to the toilet, to the nurses counter, to the door, to the car so I could go home. I went to live with my Mum and my Nan to start with. I didn't leave the house for months. There were times where I wanted my Mum just to let me go. I didn't want to fight on. It was a couple of months living back at my own house before I could do anything. One day, I picked up a bike that was in the corner of the house and took it to the local reservoir. With very little to no hair, I rode on a five-mile road around the outside of the lake, and I'd never felt so free. I felt alive. I felt happy. All these things that I remember as a kid from riding a bike. Fast-forward a couple of weeks, and I went, did it twice, and felt great. Realizing that if I could ride this far, then I actually had the ability to go to my Mum's house (about ten miles away). So I kept pushing my boundaries a little bit at a time. It was three steps forward and two back, but it was still forwards. 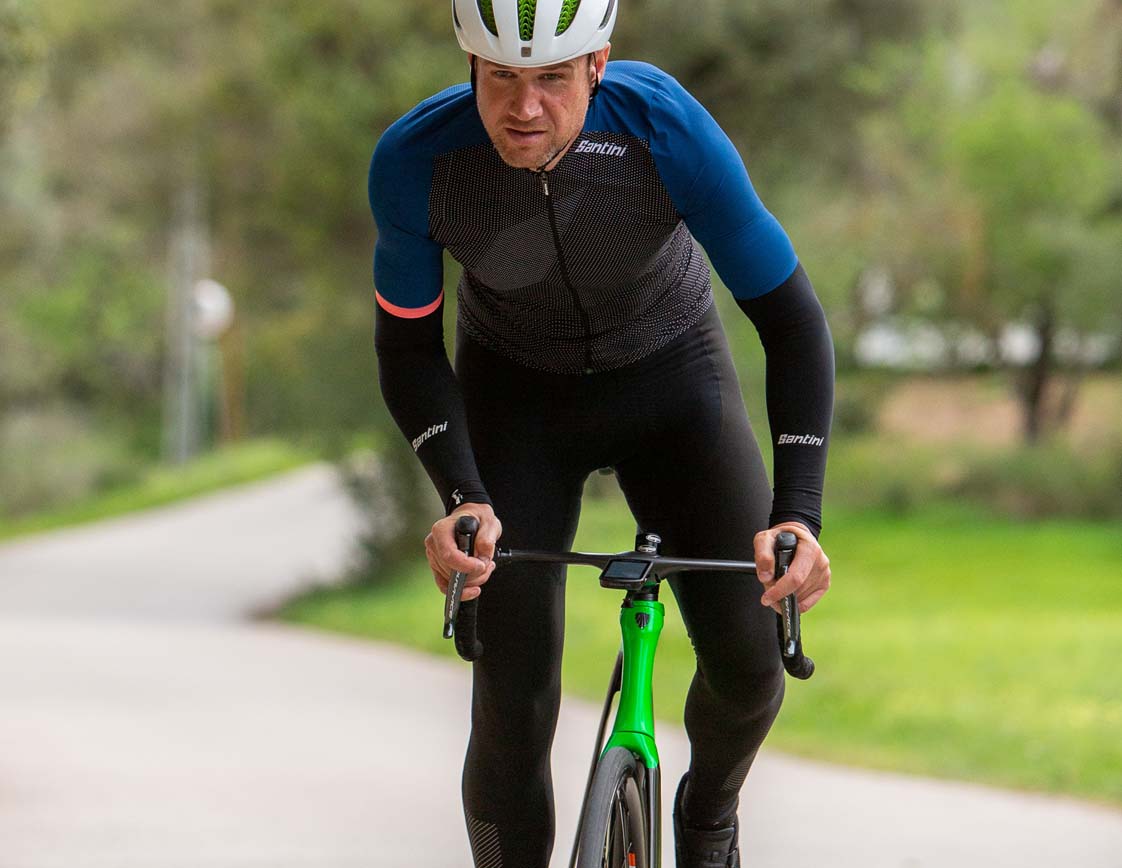 JG: When I completed my first fundraising ride across America - when I went back the second time after being hit by a truck on the first attempt – I was quite proud of myself. I then discovered that there was this whole group of crazy people who were doing it twice as fast. I started to look into it, and I developed this subconscious obsession with it. The idea of winning it was not a goal. I just wanted to do it and be good at it. It wasn't until we then did the seven-day world record that I believed going after a win might be possible. But someone in pro cycling, who I respect greatly, got a hold of my data from the seven-day record. 'You could win RAAM,' he said. Since I could ride fifteen, sixteen hours a day at 18 miles an hour, with an average heart rate of 104, he believed that with some funding, some training, and some build-up events, I could be a genuine contender for RAAM. That took a little while to sink in, but when it did sink in, I was like, 'Why not?'

JG: If you pick it all apart, Race Across America is about data. Essentially, you need to be able to ride about three thousand miles within nine days. On the seven-day world record, over the course of the week, we averaged 250 miles a day. I was riding for only fourteen hours per day. I was sleeping for four hours a day. We were wasting six hours a day. We hadn't been efficient with our stops. If we could slow that average speed down to just shy of 18 miles an hour, and narrow that wasted time down to, say, two or three hours a day, that would have given us another 60 miles a day, which puts you on three-hundred miles a day. That's RAAM scale. The other difference between RAAM and the seven-day record is that there are different rules for each. In the seven day, you're not allowed any hand-ups. You're not allowed to change bikes between different terrains. You have to use a UCI-approved road bike, no aero equipment. Support is the most critical gain, though. RAAM is the biggest team solo event you're ever going to witness because there's so much that goes into it. I say to people that all I do is ride the bike and they laugh, but I'm serious. Yes, I have to ride 340-350 miles a day, but if I forget to drink, somebody pulls up alongside me and goes 'Drink!' If I forget to eat, somebody pulls up alongside in the car and goes 'Eat that!' If somebody pulls up and says, 'You're stopping in the next time station for 15 minutes.' I stop. I've got a crew chief, I've got a coach, we've got a massage therapist, nutritionists, a medic that's a co-driver with the crew chief who drives the RV. There's probably in the region of sixteen people working on this project. All I have to is point the bike in the right direction and pedal. 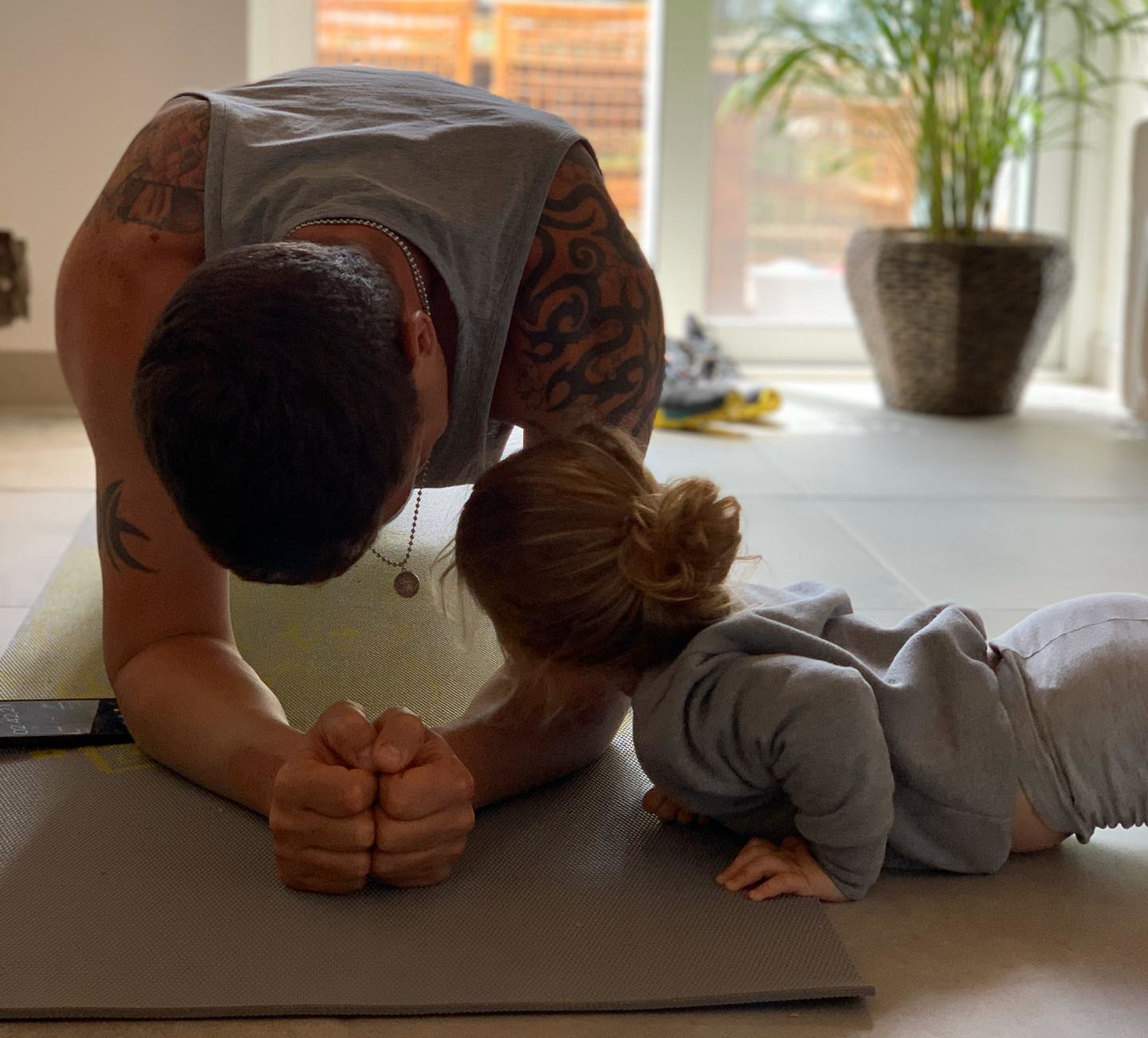 JG: Somebody said to me the other day that Race Across America is a 3,100-mile race. I see it more as a six-hundred-mile race. The first 2,500 miles is about seeing where you're at. When you get six-hundred miles from the finish, you've got the Appalachians to come, and they're kickers. If there's someone up the road, you want to put the hammer down and go for it. If somebody's coming up from behind, you want to push on a little bit. That's where it kicks in. We know that I can sit on a bike for long periods. We knew I could sit a 260-watts, day-in/day-out. We wanted to be able to sit at 280, 290, 300 watts day in/day out. So my training at the beginning of the year, when I was locked in and ramping for Race Across America, was intervals. Most rides would be about four hours. Generally, I try to keep my normalized power around 220, then when I see a hill, its eyeballs out. I go for it and see where I can push to. And then we'd throw some long rides in there as and when we felt like it.

JG: I've got some pretty serious OCD issues on that front. When I first came out of the hospital, the stuff I bought was Santini. I loved it. So when I decided to change kit partners for 2020, Santini was the first and only company that I contacted. I wanted to work with Santini because of their heritage, because of their understanding, but also because I wanted a brand that I could give feedback. For RAAM, I'll mostly be wearing shorts and jerseys, purely because of the changeability - if you need to change a jersey because it's too hot or you want to go long sleeve, it's really easy to do it. But when we hit Kansas, I might go into a full speedsuit. We'll also have everything else we could possibly need; long-sleeve stuff, short-sleeve stuff, jackets, bib tights, arm coolers, arm warmers, and so on. Everything will go into Clippy bags with stuff written across the front with whatever it is.