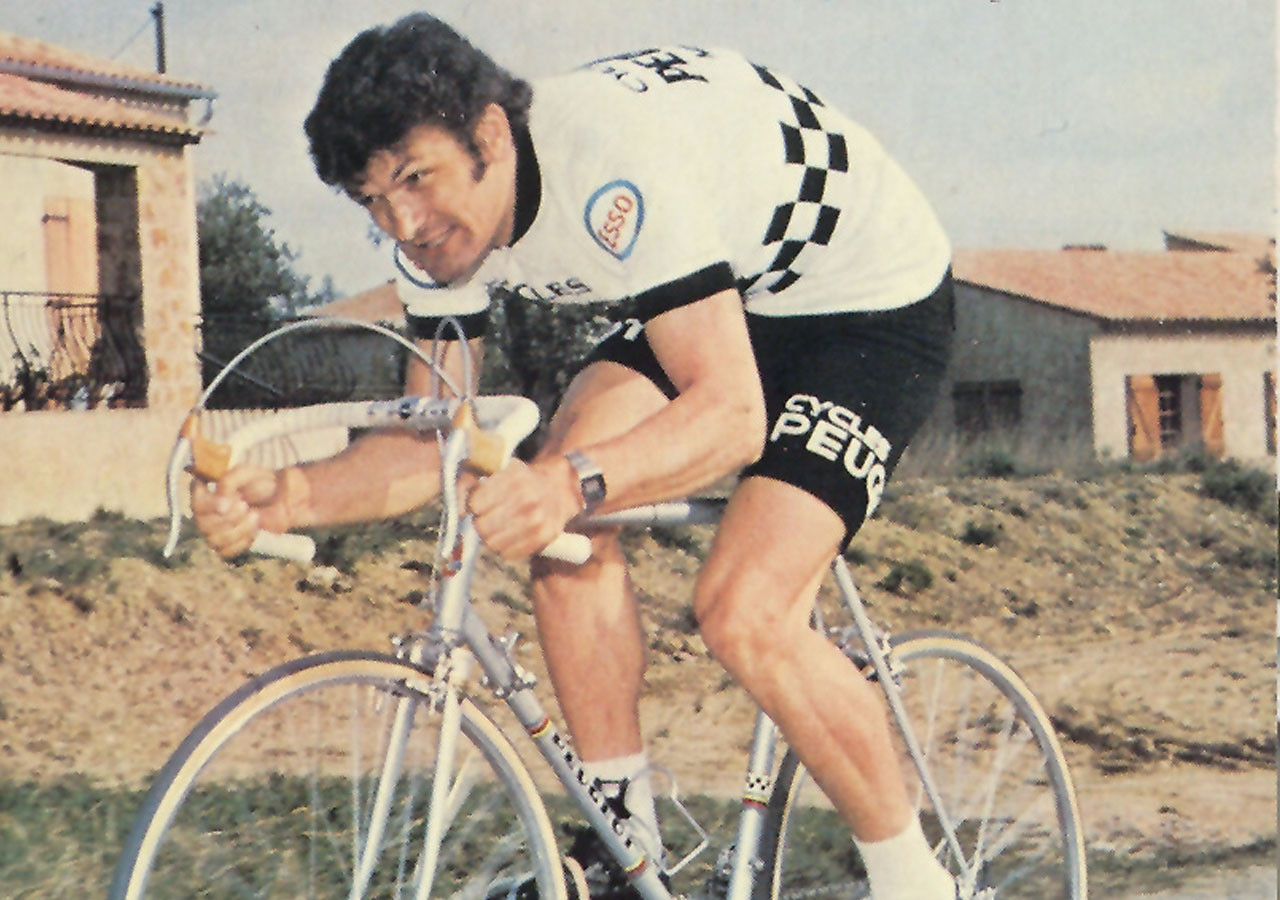 This was a huge leap for Santini in terms of distribution and brand visibility. Santini Founder Pietro Santini recalls: “The Peugeot sponsorship provided inroads for Santini in France and England by way of in-store distribution. Before this partnership we had a relatively small presence in these key countries but thanks to the visibility provided by the team product, we began to take steps toward becoming the global brand that we are today.”

Was working alongside a super team like Team Peugeot-Esso-Michelin and seeing your clothing at the Tour de France special for Mr. Santini? “Back then it was much smaller than it is today, but it was definitely special for me and for my company to be on the top spot of the podium at the Tour.”

The jersey is constructed in natural wool with embroidered text on the front. The shoulder features a sewn on wool patch and the checkered pattern at the base is made of unique coloured sections that are assembled and integrated into the garment. Below you can see a picture of one of the original machines that would have been used to create the jersey.