TREK-SEGAFREDO COMPLETES ONE OF ITS BEST GRAND TOURS

Trek-Segafredo came into the 102nd edition of the Giro d’Italia wanting to make a significant presence, and when Bauke Mollema, the last rider of the team in the stage 21 time trial, crossed the final finish line of the three-week Grand Tour, the team had checked all their boxes – and then some.

The goals were to finish top five in the general classification and win a stage, and Bauke Mollema and Giulio Ciccone crossed those off the list with Mollema cementing 5th place in the final days and Ciccone taking an emotional victory in stage 16. However, grabbing the Maglia Azzurra in the first stage and then holding it through all 21 stages was simply not anticipated. Ciccone had his eye on claiming the mountains jersey in the first day time trial, and achieved that, but had no big agenda for holding it past stage 7 when the Giro rode through his home town. But when you’re hot, you might as well be red-hot, and Ciccone was. He raced aggressively for three weeks, joining breakaways in pursuit of victory, supporting Mollema, and grabbing mountain points along the way. When the win finally came – in a wet and brutally cold finish to stage 16 – it was memorable. Later, when the Maglia Azzurra was also officially secured, after 21 stages of defending the lead in the mountains classification and 21 trips onto the podium, the realization of making a presence in this year’s Giro surpassed all expectations. 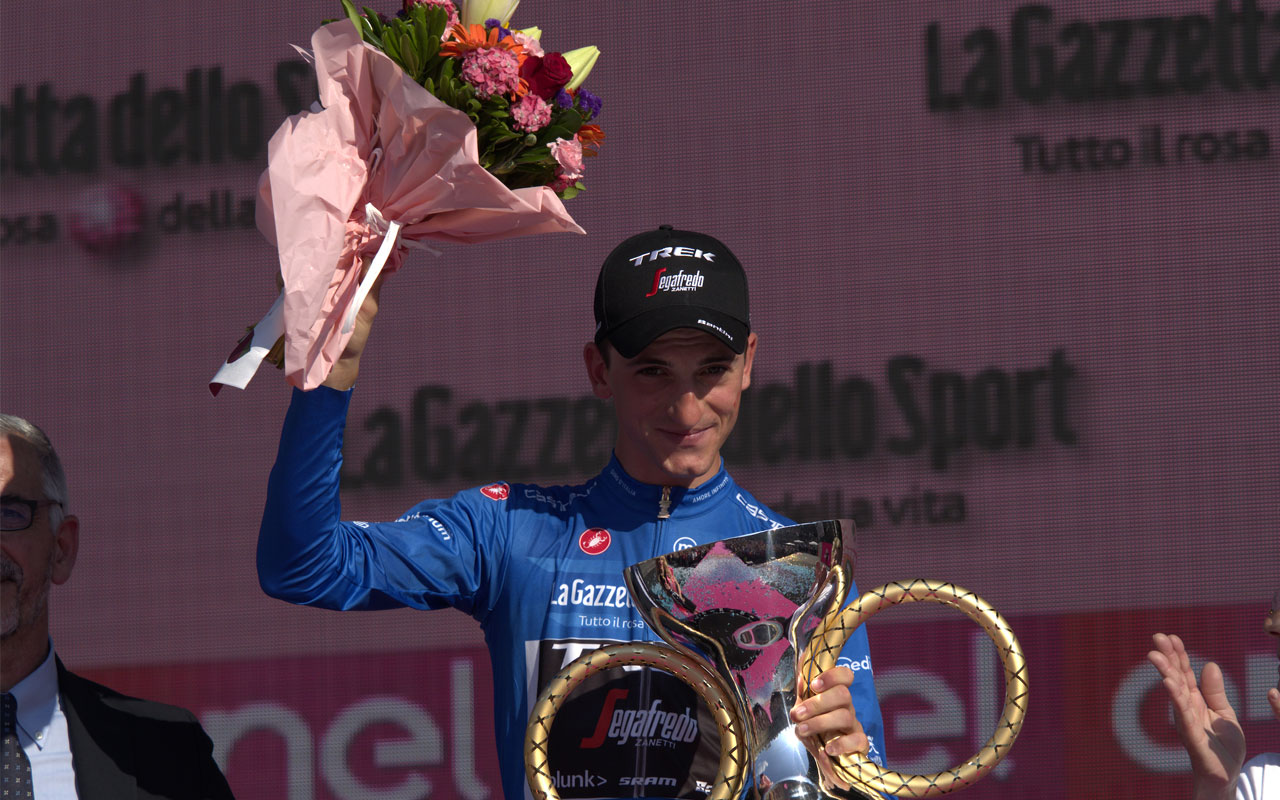 “Today was very emotional. When I was inside the arena, it was incredible, it was big emotions for me. I am very happy with this Giro, it was very, very important for me to finally make this big jump in my progress. I am also very happy for the team, we were a strong group, and I think we made a super Giro. Bauke finished top 5, which was the top goal for the team. I want to thank everyone: staff, managers, teammates, everybody… Thanks!” 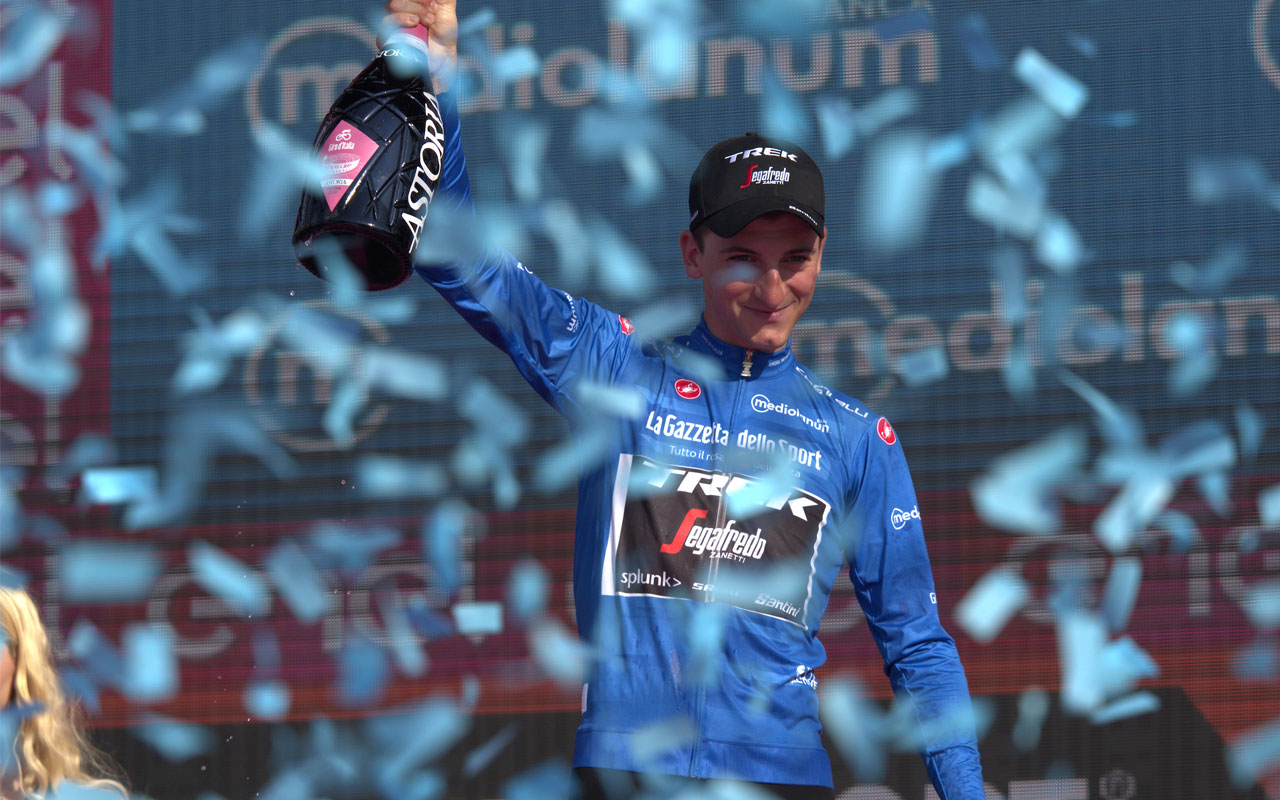