Nothing is free in this world

“I knew Santini had the fastest suit for me and the tests in the wind tunnel were the ultimate proof of that.” “I don’t like short cycling socks. A shirt without sleeves? Acceptable on hot days, no? “Nothing is free in this world”

Ellen van Dijk marked down the 23rd of May 2022 with a red pen. The Dutch cyclist wanted to ride full gas for an hour. And that is what happened. On the velodrome in Grenchen in Switzerland she finished at 49,254 km. That was a significant improvement of the last hour record. We talked to Ellen one month after her stunt. Ellen is late for our talk. You would think time is holy for the holder of the hour record. “I can go hard in the time trial, but I struggle to keep my eye on the clock in real life”, she laughs. It is now about a month ago that she crushed the hour record. She has had the time to let everything sink in. “It was a remarkable journey. I’m quite satisfied for bringing this to a good end. Because you must believe me: all pieces of the puzzle have to fit.”

One of those pieces of the puzzle was Ellen’s suit. The Italian clothing brand Santini endeavoured to make her the fastest possible suit. “Absolutely everything should be perfect when you attempt to beat the hour record. Your bike, your technique and not in the least your suit. I must admit that I was mainly occupied with my condition and my position on the bike. Luckily, I could count on a lot of experts. For example, Koen de Kort (Team Support Manager for Ellen’s team Trek-Segafredo) oversaw the making of the suit. I trusted him unconditionally. I knew Santini would come up with the best for me.” “A time trial suit is of the utmost importance. Everybody is aware that there are enormous differences between the various brands. In the initial phase we talked to Santini. We checked which suits were the fastest at that time. Then they took my measures, because that kind of suit should fit tightly. Over time they tweaked a few things and finally we tested the final version in the wind tunnel. That’s the final confirmation: I saw the numbers in writing, and I felt great. Makes sense, no? That kind of suit gives you some free speed.”

The development of Ellen’s hour record suit was not the only instance Ellen got in touch with the Santini crew. “Throughout the year all riders in our team give feedback to Santini about the clothes they provide us. For me comfort is of the instrumental. A good pad is also important to me. But I have no reason to complain. Thanks to Santini we have options for all kind of weather conditions. They pamper us. Ellen cannot really come up with any big no-goes in terms of clothing. “Maybe short socks. I don’t like them at all. It is not a nice sight. A lot of cyclists don’t like sleeveless shirts, but I appreciate those when the weather is nice. “ 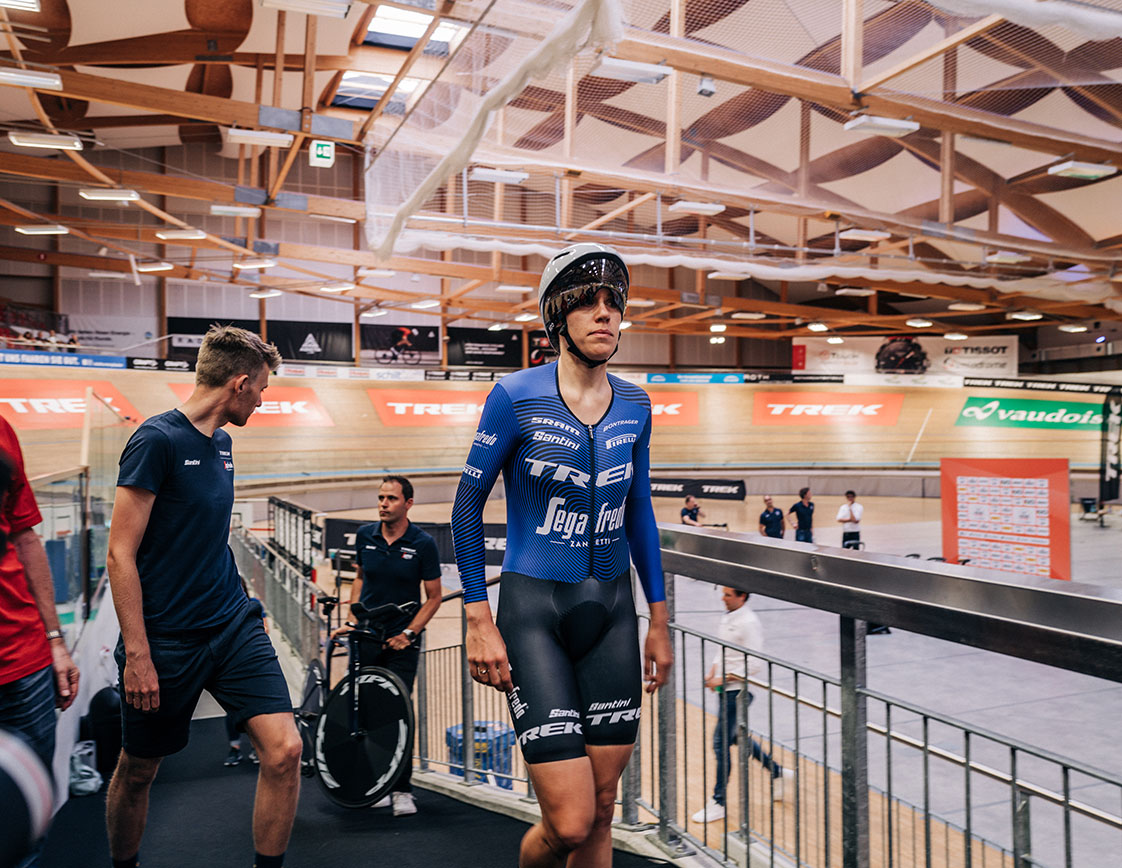 The hour record attempt was not a whim for Ellen van Dijk. “I have been considering giving it a try for years. I think for about 15 years. Four years ago, we brought it up, but it was not the right moment. A year after that the moment had come. After the World Championships in Flanders (where Ellen became world champion time trial) it spooked through my head. I wanted to chase after my ultimate dream and make it happen. Last winter I put it on the table again: Can I please try to beat the hour record? (Laughs) The teams and the sponsors agreed immediately. I was elated. It is the crown jewel on my career, an achievement that spans the entirety of my career.”

Pain. A lot of pain. That was the offer Ellen had to bring. “You get nothing for free in this world. It never gets easy. To pursue the hour record is a physical, but above all a mental challenge. At a certain moment, during the training sessions in the run-up to the record attempt, I was exhausted after 30 minutes of riding. I thought I wouldn’t make it. But when you keep going, you learn to endure it. The pain is always there, though. I remember almost nothing of the last 15 minutes, to be honest. I went through a wall of pain and that was awful. Overall, it was a positive experience. 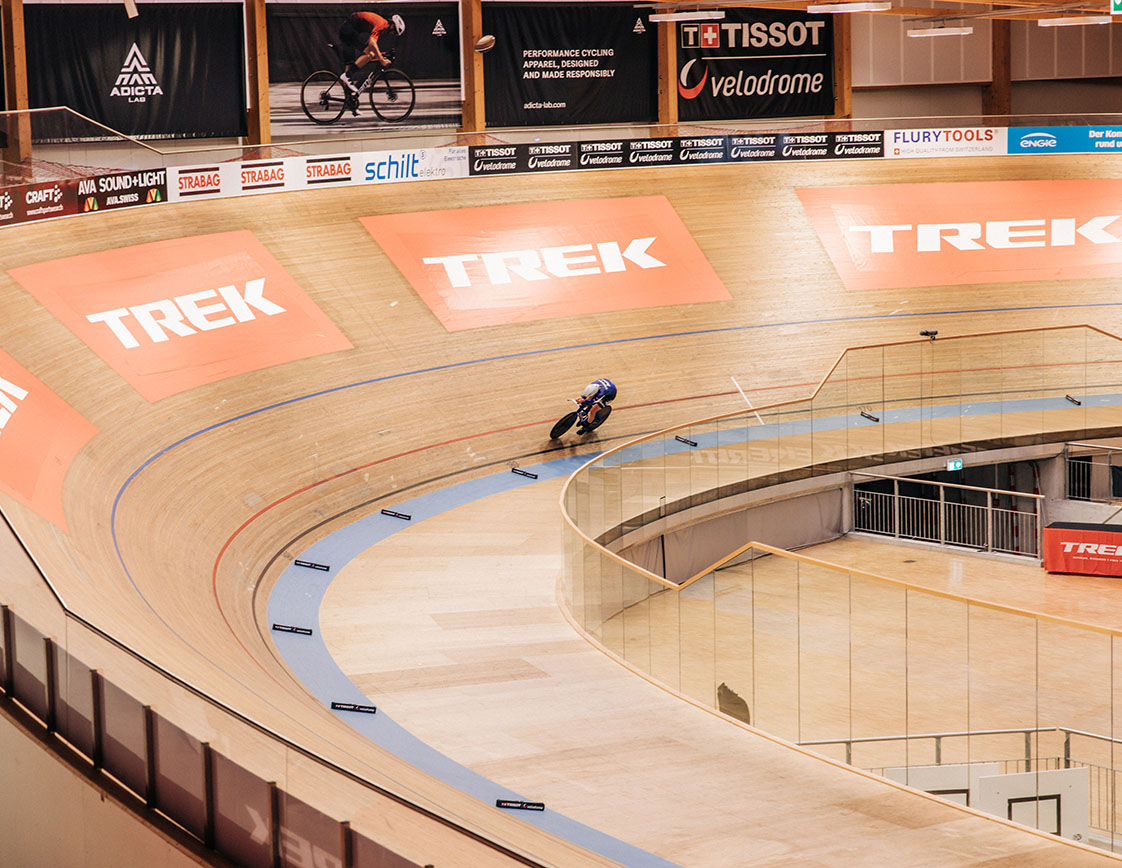 There is a lot of response to Ellen’s hour record. “I was surprised by the attention it got. I am happy that people took and take it seriously, also thanks to the growing importance of women cycling of course. It is a special experience to be part of that. Am I going to try it again? Never say never. What I know is that at that time, during that hour, I couldn’t go faster. I gave it my all.” To conclude, Ellen’s hour record suit cannot be admired in a museum of some kind. It still hangs… in her closet. “That reminds me that I still have to frame my rainbow jersey. (Laughs) I am quite negligent in those kinds of things.” The only race still missing on Ellen’s honours list is an Olympic medal. And Paris is around the corner. “But first I want to enjoy the hour record. I think I deserve that.” You know, Bradley Wiggins once compared the hour record attempt to giving birth. There is some truth in that, because once you take your baby in your arms, you understand that it was all worth it.” 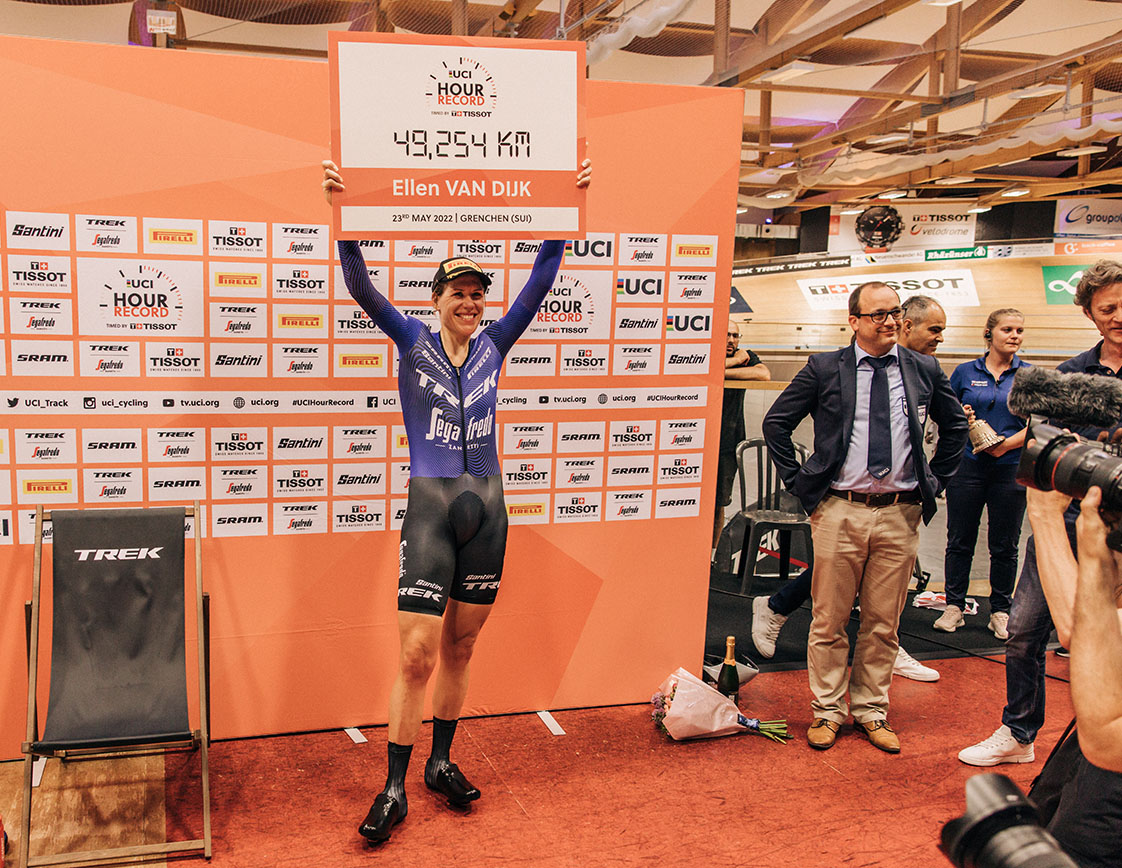 Frederik Backelandt
Frederik Backelandt (°1982) is publisher and chief-editor of two leading cycling magazines in the Benelux: Grinta! and Cycling. He started his career in 2004 as a cycling journalist for the Belgian newspaper 'Het Nieuwsblad' but moved from 2009 to magazine storytelling. He’s also author of several cycling books on Eddy Merckx, Fausto Coppi, Gino Bartali and much more. He’s a cyclist himself, riding small races and granfondos and won 8 times the World Press Cycling. And he’s a ‘coppiano’, a diehard fan and expert on life and work of Fausto Coppi.