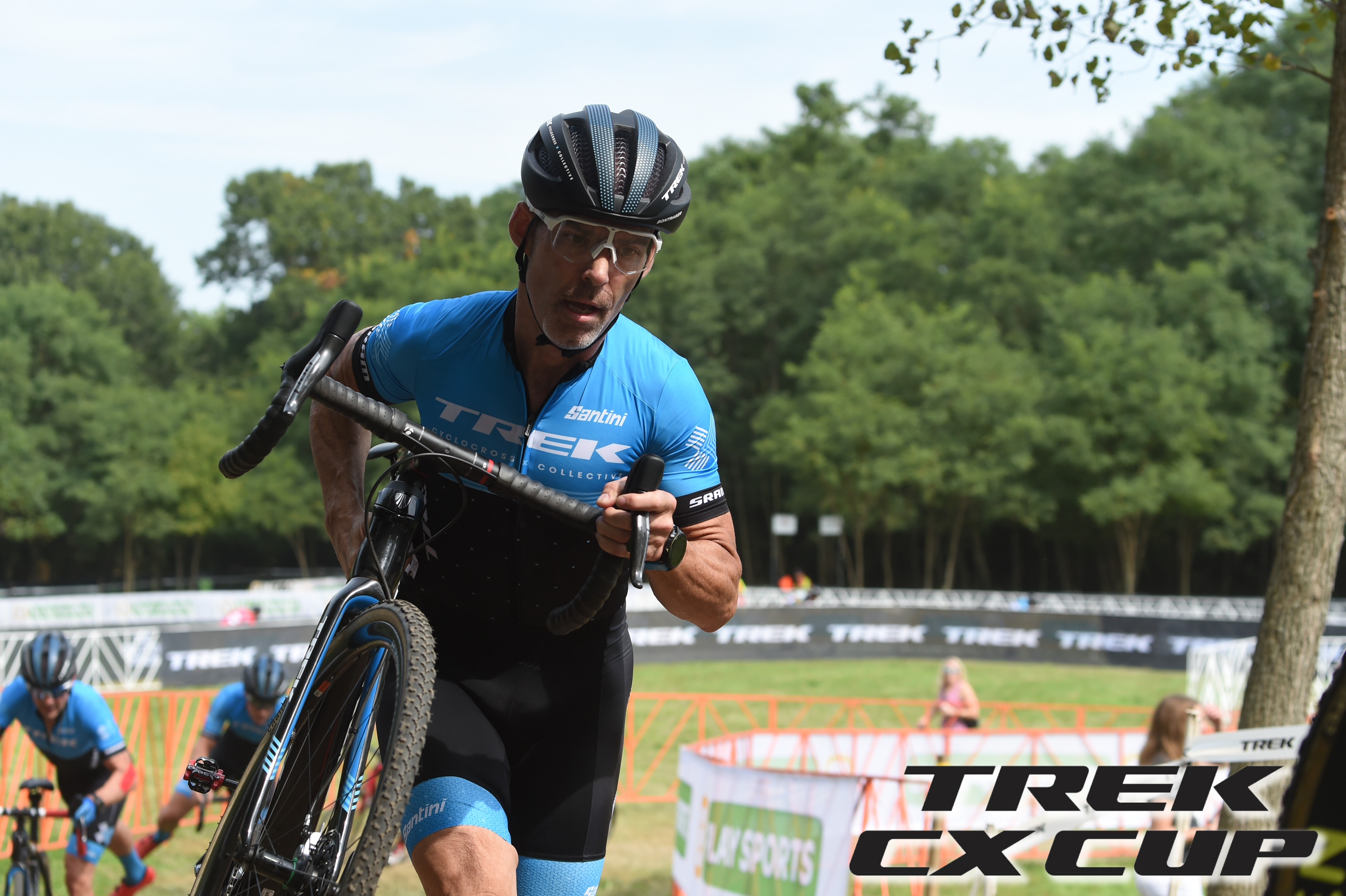 Inside the Trek Cyclocross Collective

Inside the Trek Cyclocross Collective

Besides its sponsorship of World Tour pro road, elite mountain-bike, and world-class triathletes, Trek runs several other athlete programs. One example, at the grassroots level, is the Trek Cyclocross Collective, a club of elite and master's racers from across the United States. The program gives these amateurs pro-level support at a selection of races and promotes cycling by connecting racer/ambassadors with Trek retailers and their customers. To better understand the power of sponsorship in action at the grassroots level in the US, we caught up with program manager Scott Daubert and athletes Tricia Fleischer and David Hildebrand Jr. to learn about the program, the riders, and Trek's motivation in supporting elite master's athletes.

Santini: The Cyclocross Collective, by supporting independent regional and local master's racers, is an interesting sponsorship for an international brand. It's not a professional team and not a corporate racing club, so what role does the program fill for Trek?

Scott Daubert (Trek): The primary reason the program exists, it's premise, is to connect the local cyclocross hero with their local retailer. So then that retailer can use them to do whatever they want to do. The shop gets a connection to a person who's riding the Trek product that the store is selling. The rider is educated on the equipment, and they keep up to speed with the technical aspects of what they're riding. They can do things like school visits, or run a clinic, or help with race promotion, or even sometimes go into the store to help while people are shopping for bikes.

SMS: Do you consider it more an athlete ambassador than a team?

Scott Daubert: It is kind of an ambassador program. Whenever I'm referring to it with our sponsors, like SRAM, or Challenge Tires, or whoever, I explain it as an ambassador program. There are a lot of fast athletes on the team, though, people that are passionate about racing. We maybe look a little bit bigger (when the team is together at races). We might even hit above the belt as far as our size goes. We look organized, and we have a diverse group of riders, and they all have talent. But we really are an amateur program where people ride their bikes because they just love to ride their bikes.

SMS: And is Trek's incentive also to help some good athletes in regional markets with support they might not get otherwise?

Scott Daubert: Definitely. The program started to support regional racers in 2012 or so. Matt Shriver (a Trek employee who went on to become the technical director for Trek Segafredo World Tour team) gave birth to the race program. At that time, as I said, it was a race program to support regional athletes. A lot of masters, really. And then it evolved into a program that tries to add value and connect the public with our stores and a voice at the races that are saying, 'hey, I'm riding this thing, and you could own one too - just go into your Trek store.'

SMS: How many riders are on the team?

Scott Daubert: I usually have enough budget to field about 15 regional riders, and we focus on the cyclocross hotspots. And it's a full range of men and women, old and young. I think at one time we had a 58-year-old masters rider who's a national champion and a couple of 18-year-old women that ride on the team.

SMS: What drew you guys, the riders, to the program?

Tricia Fleischer (In her second season with the Collective, Fleischer is an elite master with multiple top 10 finishes in UCI races, 14 local elite-level wins, and who is the 2019 Women's 40+ Masters National Champion): I'm from the Midwest, and the first bike I ever owned was a Trek. So I've always been fond of the brand and its mission as a company. I had also worked with Trek as a Women's Advocate -- with the goal of getting more women on bikes. So I was honored when I was invited to be a part of the Trek Cyclocross Collective.

David Hildebrand, Jr. (In his third season with the Trek Cyclocross Collective, Hildebrand has been a master's cyclocross racer since 2008. 4th at 2017 US Nationals. Raced 2018 Belgium at the CX World Championships in Mol, Belgium): I had familiarity with Trek as an ambassador with them for road cycling/racing through my local bike shop since 2010. I saw firsthand how they supported their local shops, clubs, and communities. I also had exposure to the Trek Collective in its early days as athletes as it participated in New England, and they were always approachable. Last, on a trip to Belgium for Worlds, I was able to see how much fun they had riding their bikes, challenging themselves, and helping each other achieve their best. This was something I wanted to be a part of and thought it fit with what I was already doing in my local community for the sport.

Getting the Gang Together

SMS: What support does the program provide to riders?

Tricia Fleischer: The part you can't put a monetary value on is team support. Often, since we are spread out across the country, I show up at local races solo or with my husband. As the sole Pacific Northwest racer, I often work out of the car or shelter with another team. The great thing about our team is that when we travel around the country to UCI races, we can often count on meeting up with another racer from our Trek-family. The 2019 National Championships showed me how incredibly fortunate we are to have the support of Scott and Trek. I think there were about 10 of us racing at Nationals during that week. The support we received from Scott, Tom, and Josh was PRO-level (because these guys do work with pros!). There's an element of stress and anxiety that plays into the sport because the weather or atmosphere can make things chaotic. And when you have people there to help take that off your shoulders so you can focus on everything that goes into the racing, it makes a huge difference. I don't know that I would have had the results I had that week without them.

David Hildebrand Jr.: The most important is the team, the people. These are all folks at the top of their game, and everyone is about helping each other out to be their best. Before the races, at the races, and after the races. At the big races (Trek CX Cup, National Championships, etc.), we also are fortunate to have a race compound to work on bikes, change, hang out, and catch-up with teammates from across the county. I'm part of something bigger. It makes for a great race – and more importantly, regardless of the outcome – a ton of fun and lots of smiles and laughter, and oh yeah, Mud!

SMS: What is required of the team members to uphold their end of the sponsor/athlete relationship?

Scott Daubert: We ask them all to attend our annual Trek cyclocross event (a weekend of cyclocross racing on the company's factory grounds in Waterloo, Wisconsin that culminates in a UCI World Cup race). That race is usually early in the season. We have a big powwow and spend some doing a kind of personalized ride clinic for the group ahead of the races. Then there's enough racing passion within our group that we often all end up meeting at nationals also. We also ask riders to be active ambassadors for the bikes in their local communities.

Tricia Fleischer: Because I didn't start racing until I was 32, was not a cyclist prior, and only have seven seasons under my belt – I still remember quite well what it was like to be new to the sport. I love helping people, especially women, in clinics. It feels pretty special when you see someone have an "Aha!" moment in a clinic -- and then they find you at the local race and tell you how that new skill they learned helped their race! At the start of the season, I often look just as forward to the clinics as I do to the races! I also enjoy answering questions about my bikes and have definitely influenced people in the Pacific Northwest to get on the Boone train!

David Hildebrand Jr.: I'm sure most of us are already firmly planted in our CycloCross community doing these activities and supporting or local bike shops – not because we need to. Because it's fun. Because we want to, and it's our community. For example, in my area, I partner with my friends and folks from other clubs who promote/support training races and clinics. At our local races, I'll do warmup laps with my son (13 years old new to the sport) and his age group kids. We stop at different features throughout the course, where I'll show them some options to consider and then demonstrate how to do it. We talk about prepping for their race and how they plan to manage the course. A lot of times, others see us at these spots on the course and come over to listen in to watch how to clean a section or the fastest way through it. Before you know it, I'll have a grassroots gathering, and we're all talking shop, tips, tricks, and strategies for their upcoming race. This isn't just kids either – these are parents and other racers warming up on the course too. This is absolutely the best part, and I look forward to it every race. Well, that and the conversations afterward about how fun it was!

SMS: Scott, has COVID affected the program very much this season? Are the riders still participating? Are they riding? Are they still posting on social media and working with their local shops?

Scott Daubert: Fortunately, I have not heard of anyone having lost their job because of the current situation. Everybody was fortunate enough to be, at worst case, just having to work from home. So luckily, we have not heard anybody that's had something that keeps them from riding their bike. But none of the people that I'm supporting in North America have a race planned. So right now, there isn't any racing happening or planned. But as you could guess, everybody's still riding their bike, and they still talk about it on social media. Tons of people doing a bunch of gravel stuff and using their bikes as therapy. That's the great thing about supporting community athletes. 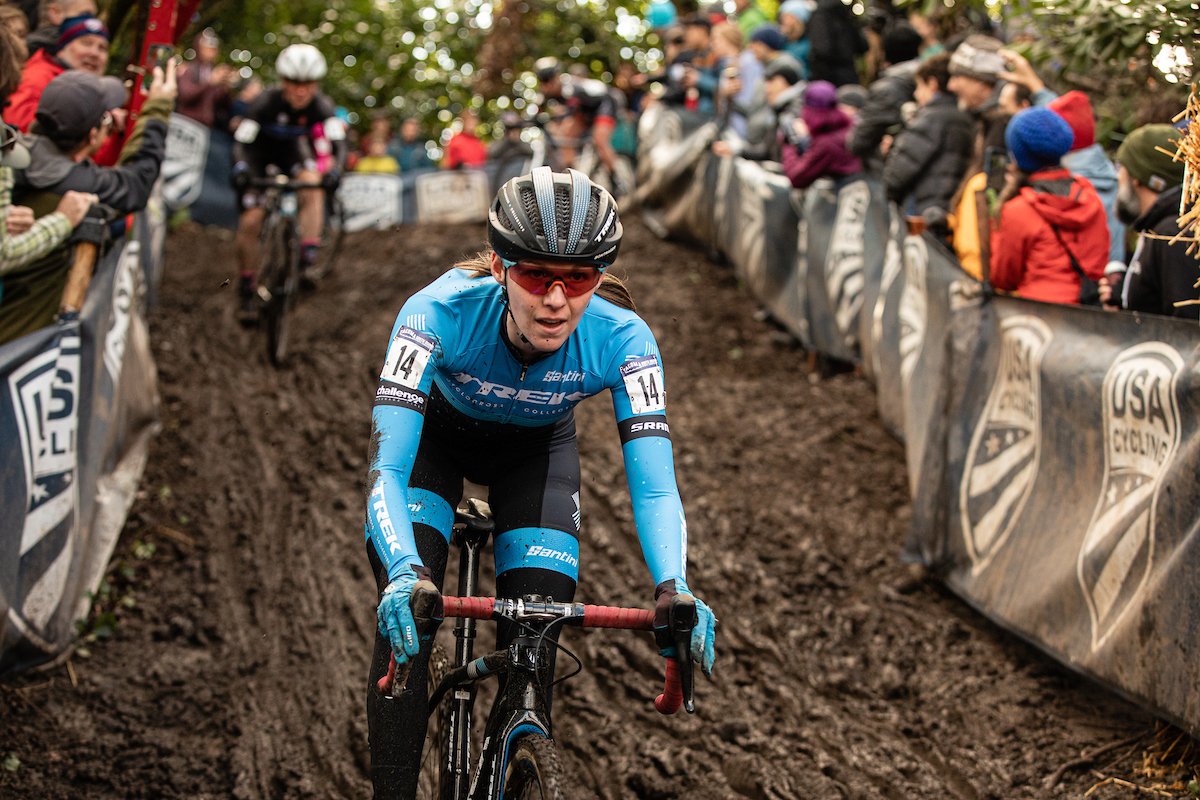 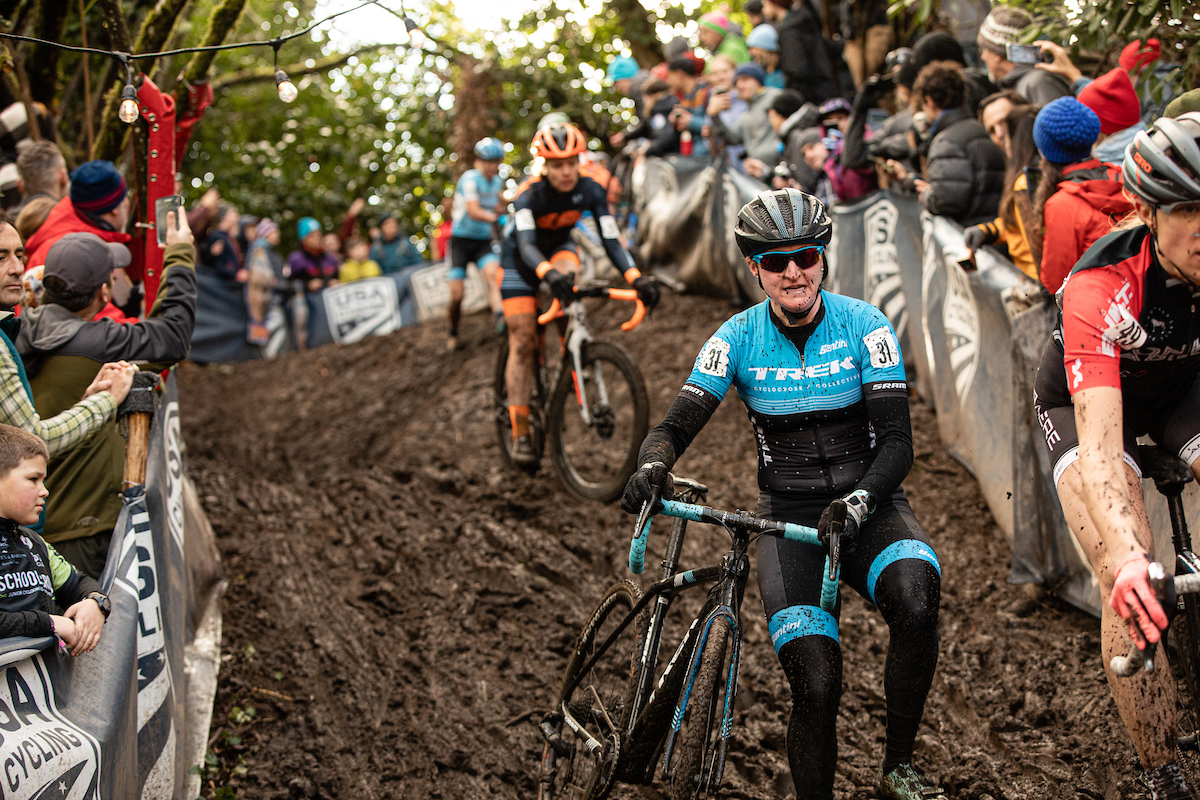 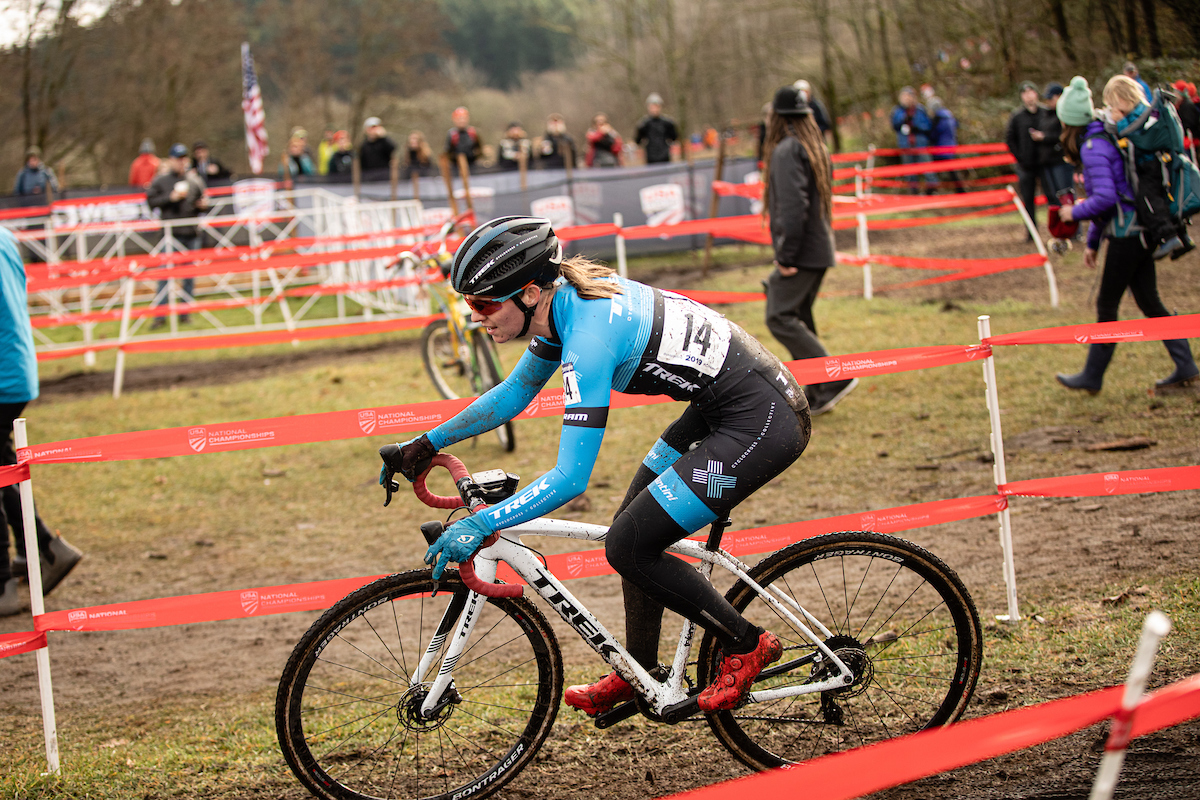 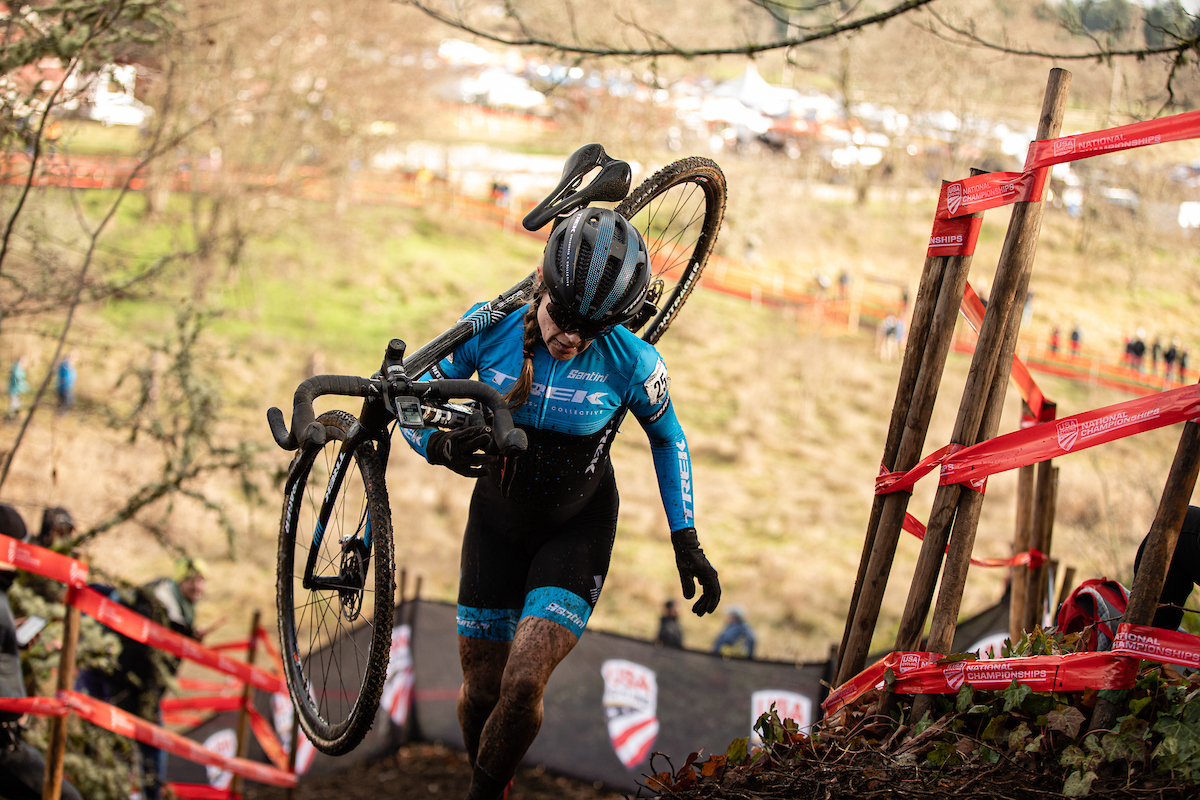 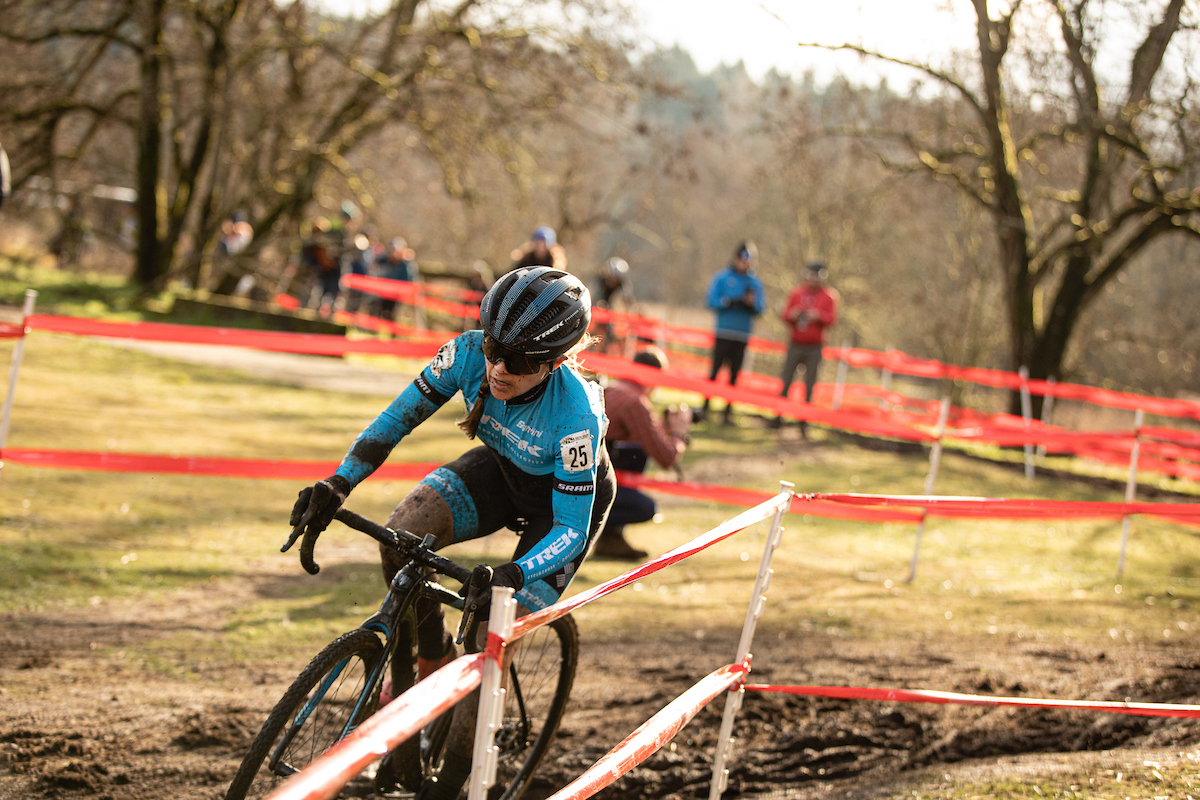