In 2019, Quinn Simmons became the first American to win the UCI Junior Road World Championships since 1991. His accomplishment was no surprise to cycling insiders. Simmons had an impressive junior career with palmares, including the US National Road Racing Championships, US National Mountain-Bike Championships, a win at the juniors edition of the Gent-Wevelgem semi-classic, and success at numerous domestic and international races. For 2020, Simmons opted to skip U23 development and head straight to the WorldTour level, signing on as Trek Segafredo's youngest rider. A potential Classics superstar, we caught up with Simmons by Zoom in July.

In 2019, Quinn Simmons became the first American to win the UCI Junior Road World Championships since 1991. His accomplishment was no surprise to cycling insiders. Simmons had an impressive junior career with palmares, including the US National Road Racing Championships, US National Mountain-Bike Championships, a win at the juniors edition of the Gent-Wevelgem semi-classic, and success at numerous domestic and international races.

For 2020, Simmons opted to skip U23 development and head straight to the WorldTour level, signing on as Trek Segafredo's youngest rider. A potential Classics superstar, we caught up with Simmons by Zoom in July.

SANTINI: You grew up in Durango, Colorado?

QUINN SIMMONS: Yep. My dad moved to Durango for college, and then after he met my mom, they both moved here.

SMS: When did you start cycling?

QS: I grew up riding bikes with my family, but I never really liked it that much. It was more a thing we did on the weekends. My parents would be like 'we're going mountain bike riding' and it wasn't really an option if me and my brother wanted to go or not. What I liked when I was younger was playing hockey, skiing, and those kinds of things.

SMS: Yours is a very close, active family?

QS: (My parents are) young enough that me and my dad can still even now be pretty competitive with each other.

SMS: Is he competitive with you on the bike, or is it tougher to ride together now that you've developed into a World Tour level rider?

QS: He still tries (laughs). We just got back from a week-long bike-packing trip where he just completely rode himself into the ground, just sitting on. We were staying in hotels, you know, just trying to travel light and see how far we could ride every day. It was the first bike excursion after all of us being stuck at home. It was nice just to leave on our bikes and come back a week later.

SMS: Your brother, Colby, is two years younger than you, and also a competitive cyclist. He's on your old team, LUX Cycling. Were you close growing up?

WS: We're definitely tight. Our competitive nature is pretty strong right now, especially the more he's racing. I had dad to race when I was younger, and Colby now has me. And in our family, there's no like letting the younger person win. You have to earn it.

SMS: When did you start to prefer cycling over the sports you mentioned earlier?

QS: For me, mountain bike riding was always, you know, a family activity. But when I was 14 or so, I started joining these local group rides on Tuesday nights in Durango that are really hard. The rides would include the pro-level guys who live in Durango, like Ned (Overend), Todd (Wells), Howard (Grotts), and Chris (Blevins). Once I started going on those, that was my first taste of competition that I liked. And the rides were making me fit, so I started mountain bike racing and was going pretty fast. And just through that, just the group rides, I got to know Ned really well, and he helped get me onto Whole Athlete (junior development cycling team), which had, I'm sure you remember, a pretty good mountain bike team.

THE PATH TO FULL-TIME ROAD RACING

SMS: How long until you made the transition to road racing?

QS: I started to race and travel the country with Whole Athlete when I was 15 and 16. Then as a 17-year-old, my focus was on Mountain Bike Worlds, and I started to do some road racing on the side for training. And again, through Ned, I was able to get onto Lux Cycling (American national development team). I figured that the experience handling race days on the road would help with my mountain bike racing. But then in the first race with the team (the three-stage Valley of The Sun stage race in Phoenix, Arizona), I won the time trial. Then I almost won the Crit. Then I got selected for the national road-racing team. The US Development team took me to Europe for the first time, and in my first road race in Europe, which was like my second or third road race ever, I won third at the Nation's Cup in Wevelgem as a junior (a race Simmons would win the following season). From there, I was like, well, this road racing stuff's pretty sick. I still raced mountain bikes that season and won both nationals that year, but after that first race at Wevelgem, and also coming seventh at Roubaix, I had my mind pretty made up. I originally was going to come back to the US, but I was invited to race both Mountain Bike Worlds and Road Worlds. I was over on my visa days, so I had to pick one. I picked Road Worlds, and that was that.

Santini SMS: Your thirty-kilometer breakaway win at Worlds in Yorkshire was so inspiring. Is the experience still fresh in your mind? Or is the memory a blur by now?

Quinn Simmons: That was pretty special. I still cry a little bit when I watch it. And I've watched it like ten times. There are a lot of races that are a blur, but every race that I'm proud of, I haven't forgotten.

SMS: The opportunity to join the Trek Segafredo World Tour team came before you went to Worlds?

QS: The August before Worlds. I told my agent from the beginning of the year that I wanted the contract done before the World's trip. I wanted to race my last three races of the season, and Worlds, without pressure, just for fun.

SMS: Fans can follow you on Strava and see precisely how much riding you do, but how did the pandemic affect your training?

QS: I'd been working with one of the team trainers at Trek Segafredo. I was in Belgium (in Spring). I had rented an apartment over there. My brother and my mom came over because my brother was going to do the same national-team trip that I did my first year racing in Europe. They were with me, I think, for five days when we found out we had to go home. It was really bad timing because we had planned out the season really well. My form was coming on. The day before we left, I had the first workout where I felt like I was ready to race. I went home and originally thought that maybe the small stuff would get canceled, but you don't cancel Roubaix and Flanders. It quickly became apparent those races weren't going to happen.

SMS: When you got home, were you able to stay motivated to continue training?

QS: The way I normally train is to go full-on. And then the racing is the part of the job I enjoy. The racing is the break for me. When you're racing, you have one or two hard days, and then five days are just recovering. So you're recovering quite well. But when you do a big winter training, and this was the biggest winter training volume I'd ever done, you don't get that break. So I had just come off a massive load in the winter, and I was just starting my taper for the real racing, and then racing didn't happen. Mentally, it fried me. At first, I went home and didn't touch a bike for two weeks. It was the biggest break I'd ever taken. My bike sat in the bag, and I just went skiing every day.

SMS: When did you get back into a proper training program?

QS: We had great skiing conditions in March (when Simmons first returned to Durango). We had lots of fresh snow. It dried up in April. Without skiing, I started thinking about racing again. I'm in my third training cycle now, so three months back. I've basically redone the whole winter program.

SMS: There are now races on the calendar. Besides the one-day classics, what are your goals for the season?

QS: I hope to ride the under-23 race at Worlds (in Aigle, Switzerland), but it isn't a great course for me, so I want to be there to ride and support the national team.

SMS: What about longer-term, or career goals?

QS: Roubaix for me. That's the goal. I think if I win that race, I will have been successful. 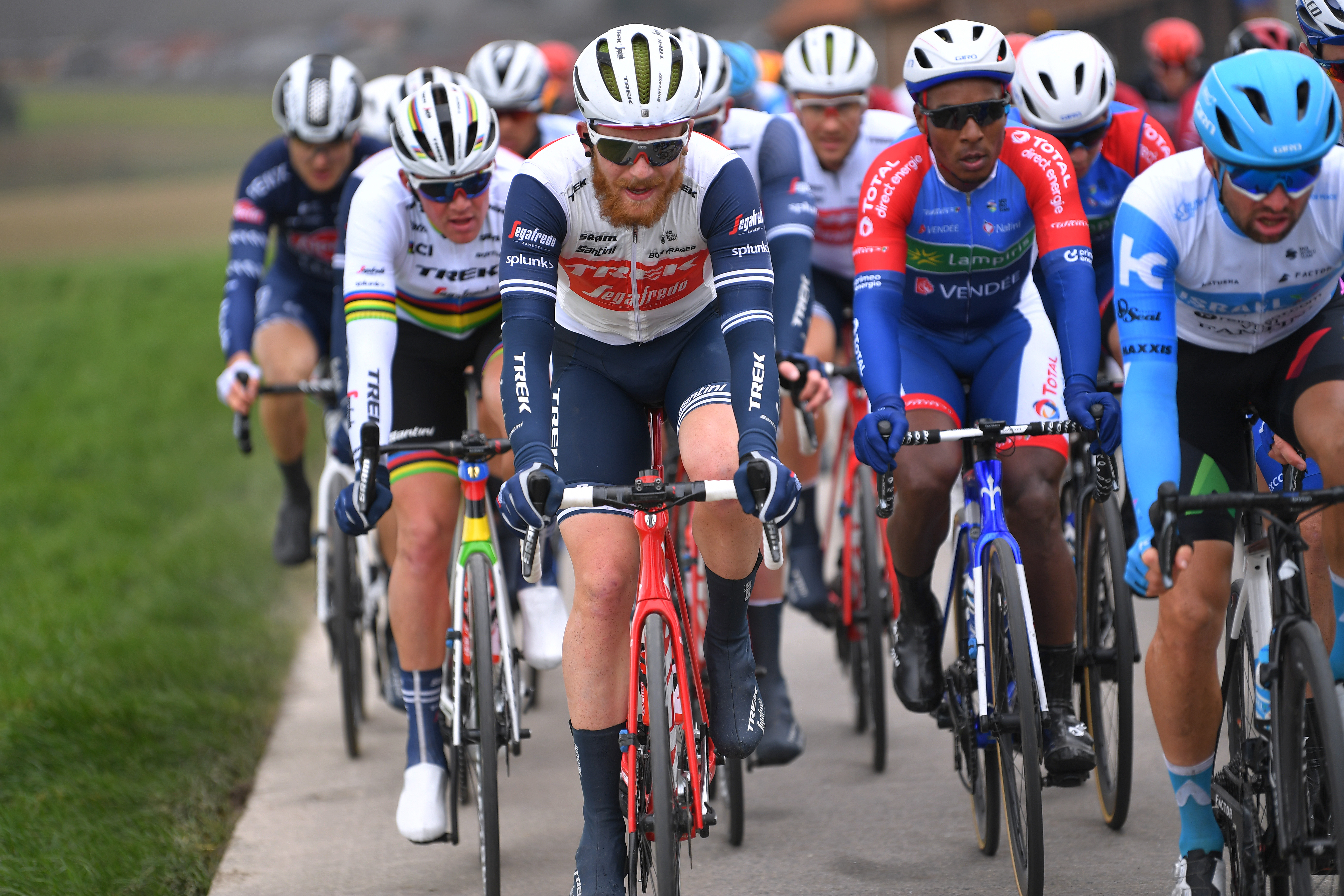 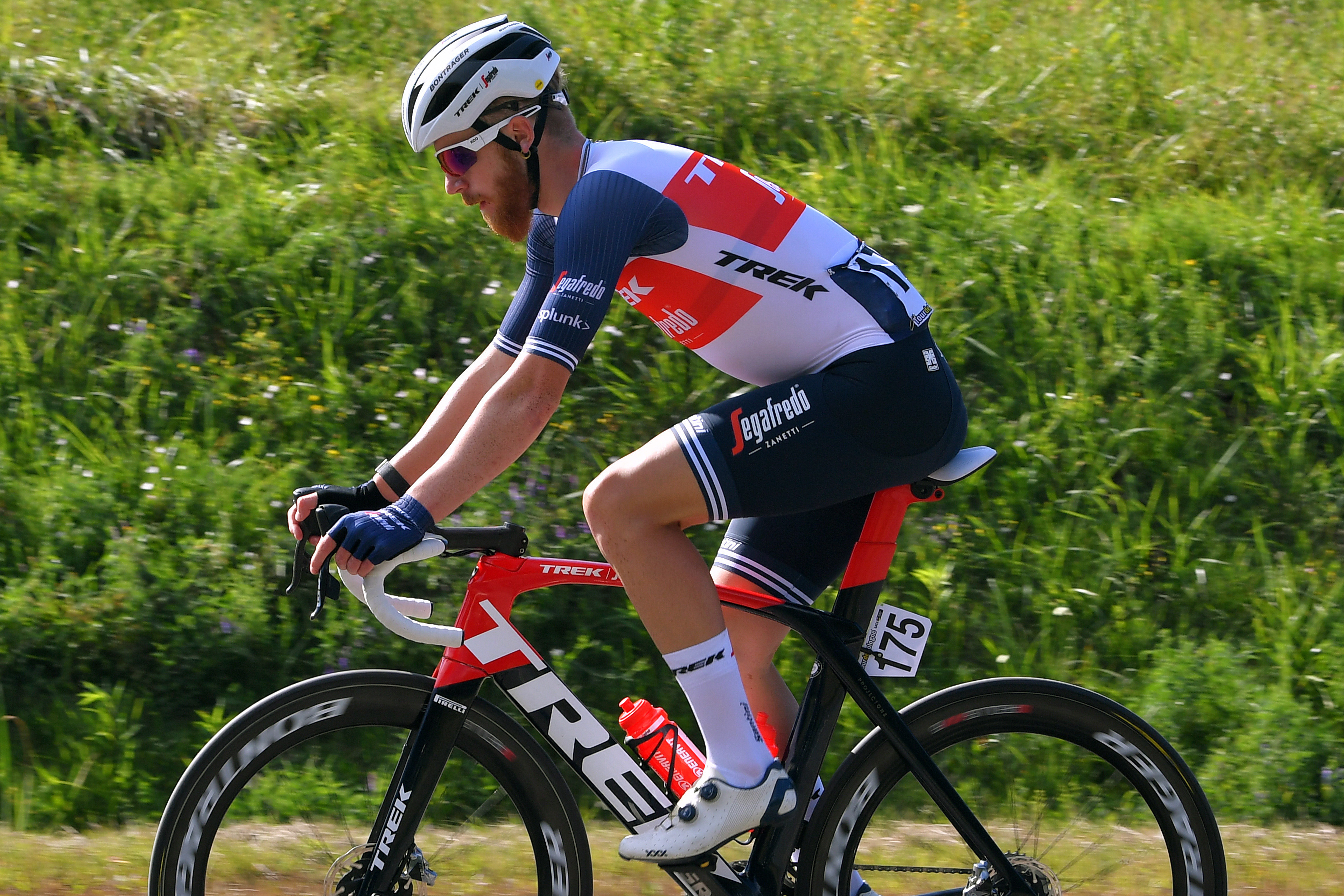